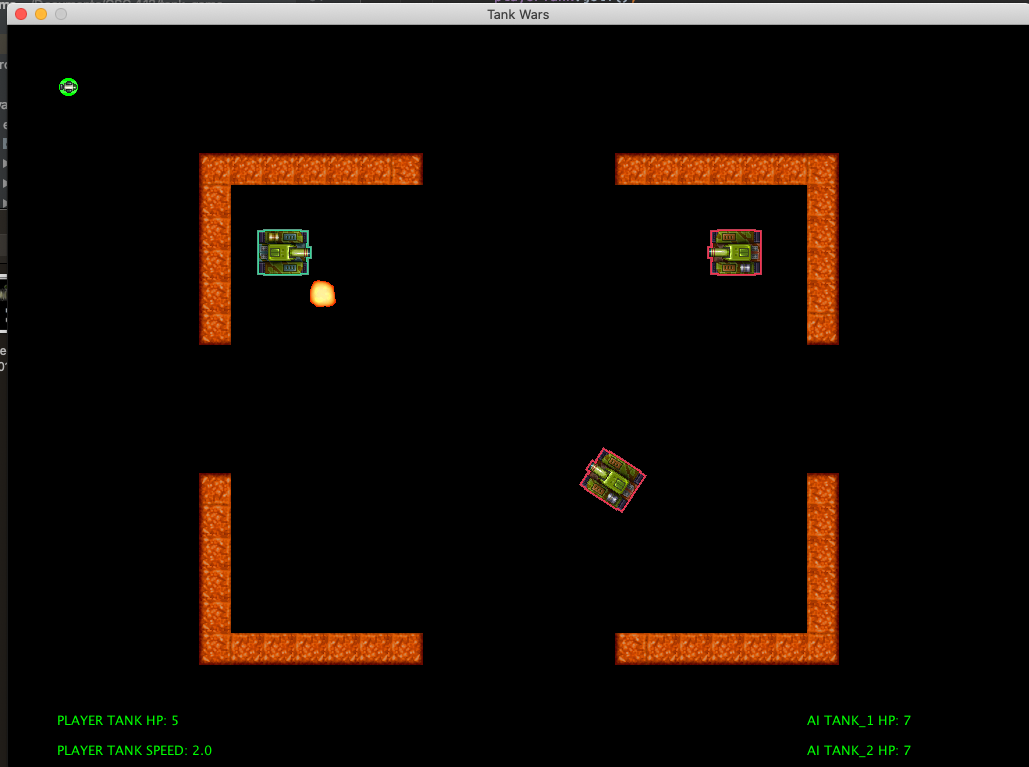 A Classic tank game implemented with Java Swing. The game supports one player tank and several types of Aitank. All tank has 7 healthPoint initially, hitting by a shell will decrease it by 1.

Dumb AI Tank: Will always moves in a circle, shoot at random time.

Cushion AI Tank: Will always faces the player tank, and keep the distance in a range, shoot waits 300 frames.

Player tank can move forward, backward, turn and shoot according to the keyboard input

Power up: Tank can pick up "Power up" and increase its healthPoint by 5, increase its speed to speed x 2. Better collision detection: Confine pair combinations to unique ones instead of using brute-force approach. Animations: Add animations when shell hits a target Game UI: Tanks' HP and player tank's speed are shown on the bottom of the screen. Sound Effects: Sound Effects are added to the conditions below: